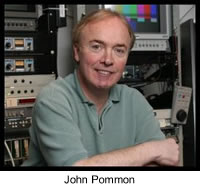 I am retired but would enjoy discussing your 2" quad adventure.

Before then, TV shows were shot originally on film and then "filmed again" off a TV-picture tube. (the film prints were called a Kinescopes or "Kinnys" to be played back for later viewing.

The QUAD videotape recorder recorded live picture and sound onto a two inch wide magnetic tape. For nearly three decades the 2" quadruplex VTR recorded and played back millions of hours of television programs both nationally and internationally. Most 2" quad tapes have been transferred to some other analog or digital format for future viewing and storage. A small but significant percent remain and video transfer services are needed to rescue those remaining precious historical moments from deteriorating forever.

In 1993 I located two Ampex AVR-3 Quad tape machines stored in a network TV station warehouse right here in San Francisco. Upon moving both machines into my new home studio I began bringing them back to life. Several months later with the help of TV magazine ads I discovered that there were QUAD 2" tapes scattered throughout the country in need of refurbishment and transfer. One noteworthy experience, after receiving a call request to transfer a Quad tape of a children's science show, the parents of a young boy informed me they were given a quad tape from a local TV station, the only recorded memory of their child. Sadly, the young boy had passed away from cancer after the show had aired. I was so moved by the happiness brought to his parents that I had to make this service available. Antique Video Transfer Service is located in the Diamond Heights region of San Francisco, just across from Twin Peaks.

our attention to detail...